The US markets squeezed up to new highs over the past week, reminding me why I always treat the “confirmation of a peak” information provided by a VTL cross with a small dose of skepticism (see this post about the breaching of the 20-week VTL). The next cycle event that I am looking out for […] 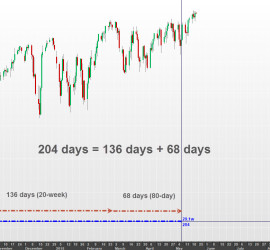 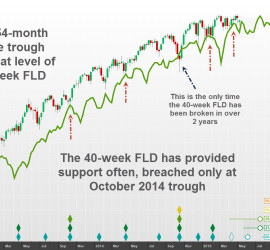 I know that I tend to bang on a bit about the FLD (Future Line of Demarcation), but it is an extraordinarily important line. When I saw this tweet on Wednesday I knew that we were at an important level in the markets: To understand just how important, here is a chart showing that the 40-week […]

Last week I discussed the implication of the 20-week VTL breach in the S&P 500: That we have seen the peak of the current 40-week cycle in the markets. VTL’s are not as reliable as FLD’s in my experience, but it has been interesting to watch the S&P 500 reach up towards a new peak […] 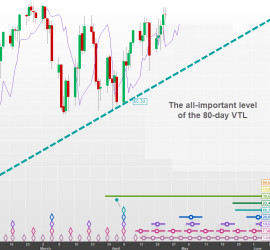 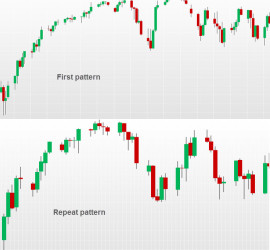 I recorded a Hurst Trading Room podcast this week about the fact that the S&P 500 has breached the 20-week VTL. (It was in fact a record-breaking podcast  – my shortest ever podcast at a mere 15 minutes!) This breaching of the VTL is true for both of the most likely positions for the 20-week cycle […]

We have been discussing the Euro a great deal recently. I am expecting a long-term cycle trough to form, and I have mentioned in previous posts how I like to watch the shape of the first 40-day cycle following the formation of a potential trough for confirmation (or not) that it is the big trough we’re expecting. […] 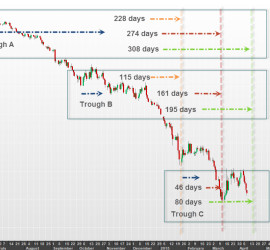 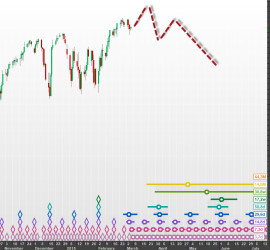 In early February I suggested that the 20-week cycle trough had formed early, implying new highs in the S&P 500. We have seen new highs since then, and the 20-week trough seems likely to have occurred at the beginning of February 2015. In November 2014 I forecast an expected time for the 9-year cycle peak […]

I have been watching the Euro (see also this post) for signs that the big magnitude trough that I am expecting to form has occurred. In September 2014 I wrote about this trough, and mentioned the difficulty with the sub-division of the 54-month cycle. This makes it very difficult to be confident with a projection […] 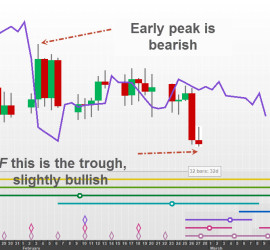 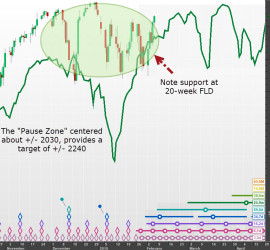 As any trough is approached in the markets I always like to stand by in anticipation of that trough, in case it happens early. Troughs occur early in bull markets, and we have been in a bull market for some time, so expecting an early trough has been a useful thing to do for the […]

I am often asked “In what markets do Hurst Cycles work best?” I have always answered that Hurst Cycles work equally well in any liquid, well-traded market. But I now qualify that statement, by adding: ” … to the extent that it is not being manipulated”. The word manipulation generally has a negative implication, and so […] 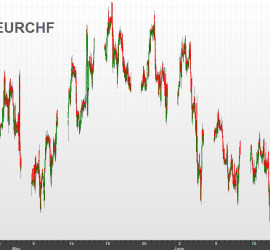 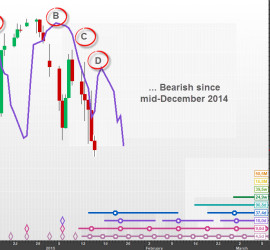 Last week I pointed out some bearish signs in the stock markets, a well timed post as it turned out because the US markets fell all week (at least until Friday morning when I am writing this). But interestingly the DAX spent the whole week going up (apart from some very volatile fundamental interaction surrounding […]