Every trader on the planet is well aware of the events of the last three trading days. An interesting point David espoused in his webinar today was the question as to what extent does a “fundamental interaction” affect the cyclical nature of the market. He felt that they are insignificant and I totally agree. The last few days is a prime example, but there are many more.

In my prior post the 20 week wave was projecting a low approximately the second week of May. I also mentioned at the time that the pattern suggested that a straddled low was probable. The chart below is a daily chart of the ES  showing 20 week low the second week in May with a slightly lower low the third week in May caused by the 20 day wave. Notice how the 20 week wave peaked within a couple of days of the “Brexit” vote.

The chart below is the 20 day wave. It clearly shows the straddled low the third week of May. One of the first indications that something was amiss in my opinion was the VTL break (not shown) of the 20 day wave followed by a lower 20 day low on June 16. The die was cast when the 20 day wave put in a lower high before the Brexit vote. All one had to do is dial down to one’s intraday action wave and wait for the break. The 20 day wave is at a low today. It has been very dominant (from a spectral perspective) the last few weeks so aggressive traders (me) might sneak in a long trade while waiting for the next lower high of the 20 day wave to re-enter short positions. 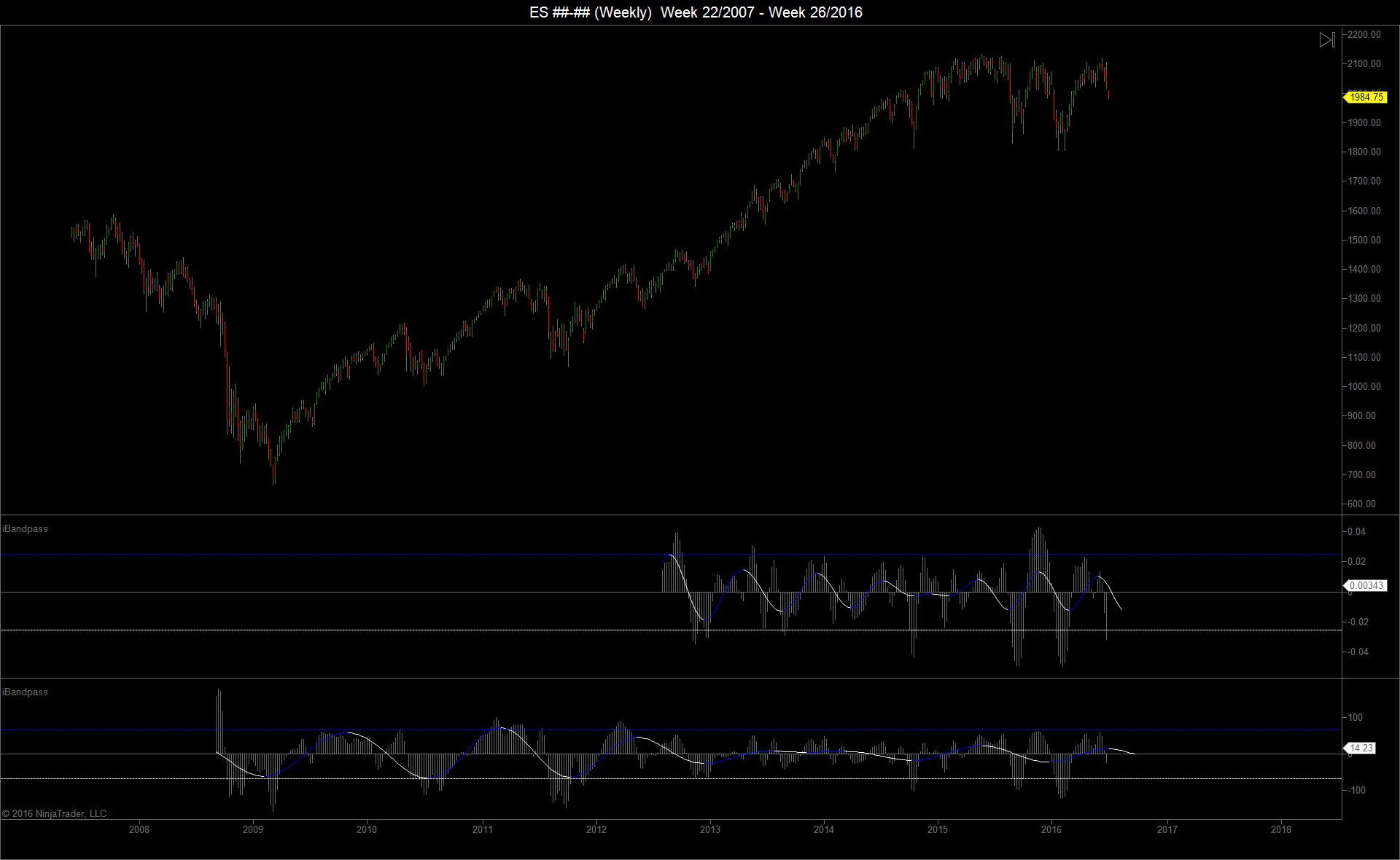 If one had never heard of Brexit and had applied a cyclical analysis of the market based on Hurst’s spectral approach, he or she would have been on the right side of a very valuable trade. The 80,40, and 20 week waves were at peaks and the 20 day wave was forming a lower high. From a cyclical (spectral) viewpoint the price had nowhere to go but down! I have never witnessed a “fundamental interaction” that altered the cyclical analysis of the market. What occurs is a significant exacerbation of the directional move forecasted by the analysis. All of this presupposes that the analysis is correct. The remainder of 2016 should offer very profitable trading opportunities as long as the amplitude of the relatively shorter waves remains high.