Now that the U.S. stock indices have gotten past the distortion in the charts caused by the fundamental interaction of the Brexit vote, they seem to be settling down back into their normal (?) cyclical patterns. The 4 year price wave has formed a low for the umpteenth time according to the spectral parameters set out by Hurst in Profit Magic (see chart below). The amplitude of the wave is low, relatively speaking, and the trend underlying the wave, while still positive, is exhibiting a decreasing rate of change. The 80 week wave (not shown) is cresting and the 20 week wave (not shown) is cycling down so there is not a lot to talk about. The only thing I’m really curious about is the degree to which the 80 week wave affects the price action. That will take many weeks to play out. 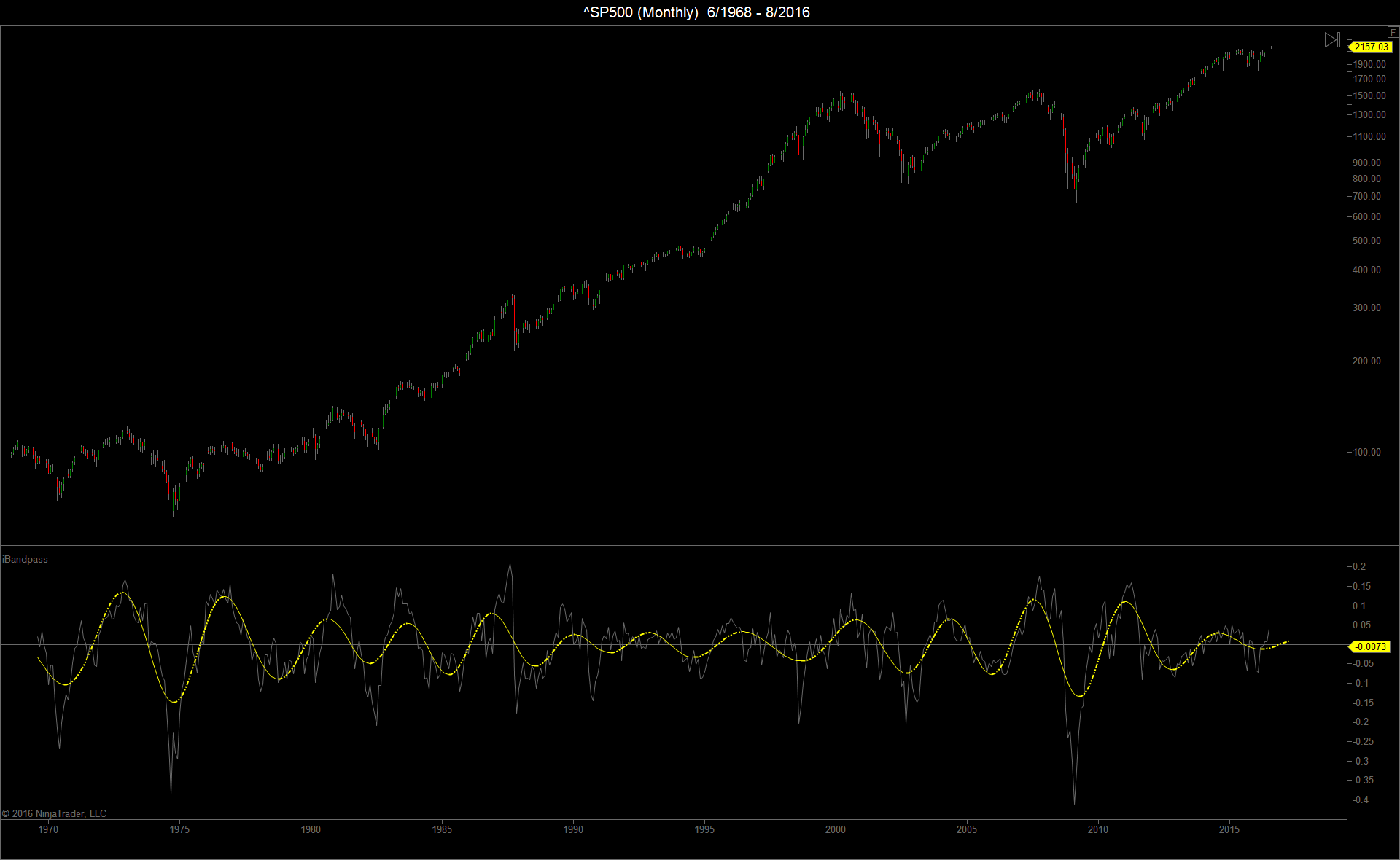