Performing a Hurst analysis is all about identifying the positions of cycle troughs in the price movement. But when the market is moving strongly, as it is at the moment, it can be very difficult to identify any troughs at all as can be seen in this chart of the S&P 500: 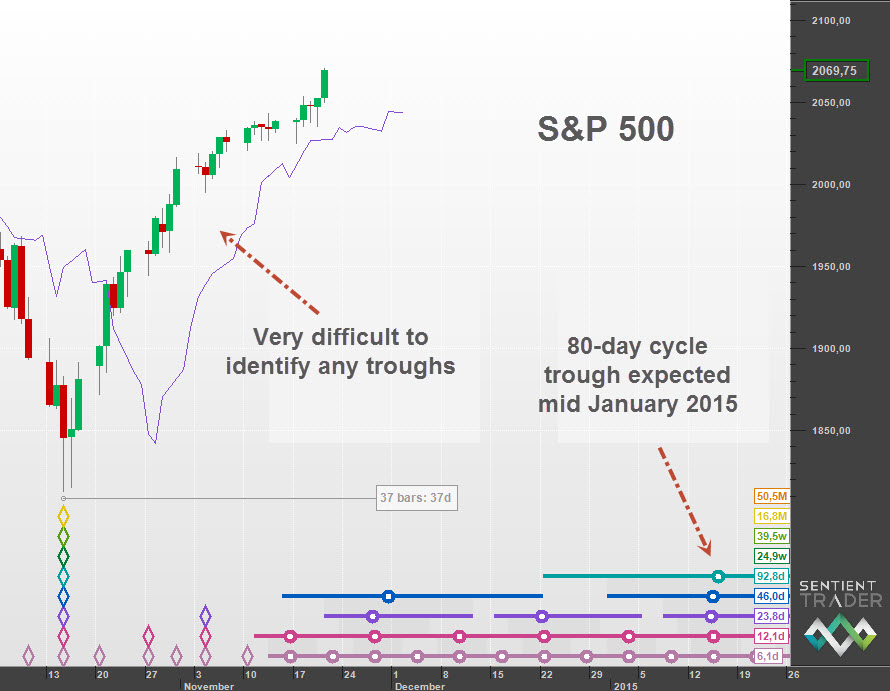 The analysis shows that we are expecting a 40-day cycle trough to form, with the nest-of-lows for that trough centered in next week. However there has been scant evidence of the shorter cycle troughs forming since the mid-October trough, and so that nest-of-lows is very much an estimate.

And it is important to remember that when the underlying trend is bullish (as it is) we expect troughs to form early. Is it possible that the 40-day cycle trough has already formed?

I find it very useful to look at other markets, particularly markets in other countries to help to clarify the situation. Here is the DAX: 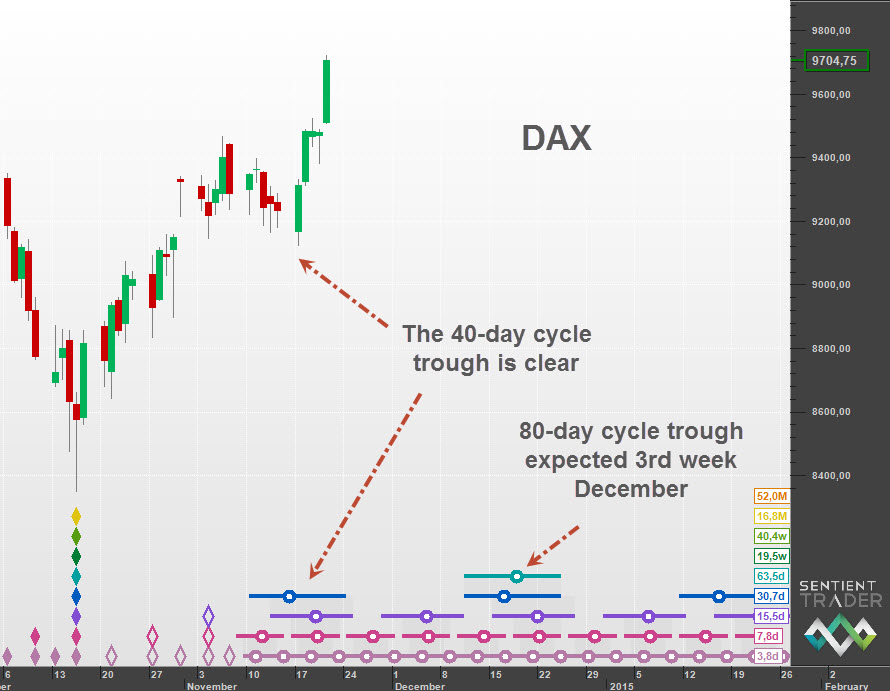 Let me play Devil’s Advocate for a moment. As a South African I always keep an eye on the Johannesburg Stock Exchange. Here is the JSE’s All Share Index (includes data up to Thursday 20 November): 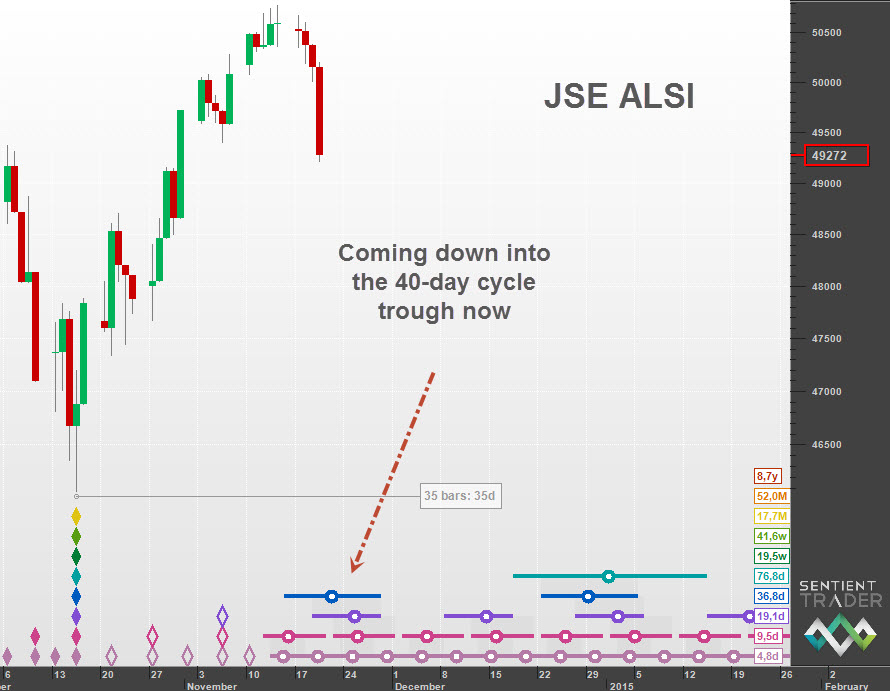 The JSE is clearly still in the process of forming a trough, but my experience with the South African market is that the shorter cycle troughs are often displaced by several days, whereas the European and US markets tend to be more in sync with one another.

I find it very interesting to watch the cycles unfolding in markets around the world. Often questions in one market can be answered from another market on the other side of the world.

UPDATE: Here is an updated view of the JSE All Share Index, which includes Friday’s move. Looks like the 40-day cycle trough has come in! 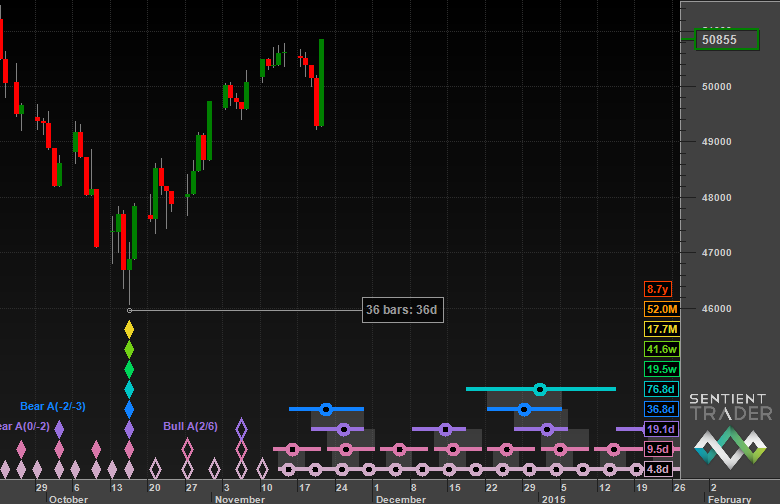 As a matter of interest the way in which the South African market suddenly played “catch-up” is something that I have often profited from. Trading an emerging market can be frustrating as one deals with the greater volatility, and sometimes inexplicable contrary movement (relative to the US and European markets). But when the market “catches up” with the bigger markets is often does so with a vengeance.